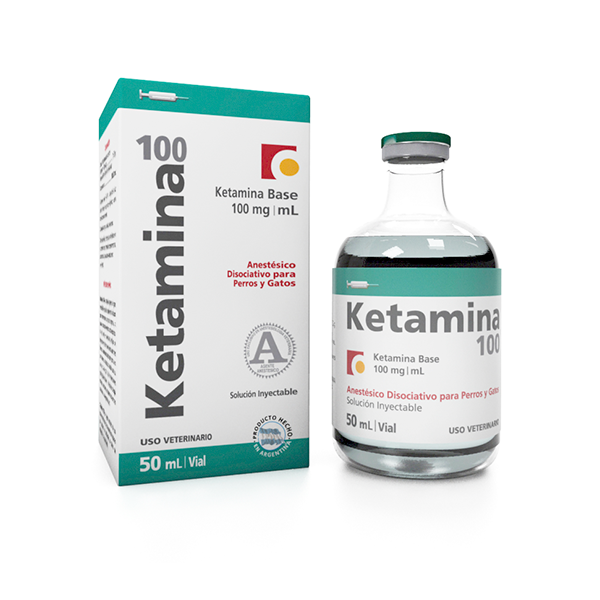 Ketamine Is Such a Powerful Antidepressant

Oral ketamine, known both as an anesthetic and a recreational drug, has recently emerged as a highly promising, rapid treatment for severe depression.

Within hours, a single dose of the psychedelic substance has been shown to curb suicidal intent, and recent clinical trials suggest these effects work on two-thirds of patients, lasting for up to several weeks before fading away.

Given the promising early results and the limits of currently available antidepressants, oral ketamine is now available as ketaset in the United States for those with intractable depression and chronic suicidal thoughts.

Yet, despite the drug’s growing use nationwide, we still don’t really know the full extent of its antidepressant activity. Ketamine interacts with a range of receptors in the brain, but which are the ones that lead to anti-depressant effects?

Some scientists think ketamine’s therapeutic power relies on its influence over glutamate, a neurotransmitter that is secreted by the ends of certain neurons in the brain. But while ketamine appears to increase glutamate release in some parts of the brain in both mice and humans, in other parts of the mammalian brain, the drug seems to decrease this release.

“Elevated glutamate release has been linked to stress, depression and other mood disorders, so lowered glutamate levels may explain some effects of ketamine,” explains neuroscientist Per Svenningsson from the Karolinska Institutet in Sweden.

Now, new results from experiments on mice and their neurons further support that hypothesis – at least for the prefrontal cortex, which is connected to complex cognitive behavior and the modulation of emotion.

Measuring glutamate levels among free-moving and anesthetized mice, Svenningsson and colleagues have found ketamine reduces the persistent release of this neurotransmitter almost immediately.

When researchers injected ketamine into the prefrontal cortex of a mouse’s brain, they noticed a reduction in extracellular glutamate levels within 30 minutes. What’s more, the authors saw similar effects for both normal mice and mice that showed depression-like symptoms.

“These effects could contribute to the efficacy of ketamine to instantly alleviate depressive symptoms and suicidal ideation, taking into account that excessive glutamate levels have been linked to MDD and other mood disorders,” the authors write.

Further analysis under the microscope suggests ketamine acts on the neurons that usually receive glutamate, causing these cells to release more of a neurotransmitter called adenosine.

Adenosine then enters the space between neurons, known as the synapse, to tell the presynaptic neurons to stop producing so much glutamate.

When researchers blocked ketamine receptors on the postsynaptic neuron to test its role, they were able to completely prevent the decrease in glutamate from the presynaptic neuron.

Ketamine Is Such a Powerful Antidepressant

“This suggests that the antidepressant action of ketamine can be regulated by a feedback mechanism,” says Svenningsson

“It is new knowledge that can explain some of the rapid effects of ketamine.”

The fast inhibitory action could be part of why ketamine is so successful at treating depressive symptoms. Some cells in the cerebrospinal fluid that help control glutamate levels, for instance, have recently been linked to stress-induced depression and anxiety-like behaviors in mouse models.

Today, while oral ketamine has provided much-needed relief for many patients with severe depression resistant to other antidepressants, its use is limited by its side effects.

Ketamine is a psychoactive drug that can cause feelings of fatigue, restlessness, anxiety, dizziness, and hallucinations – all of which makes it a tricky treatment to control clinically.

Some scientists are therefore exploring whether they can isolate the parts of ketamine that rapidly treat depression without having to include the parts that drive unwanted side effects.

But maybe it’s the hallucinogenic parts that make the medicine work. We still don’t really know, which is why we need to learn more about what makes ketamine such a powerful antidepressant.

If drug engineers can one day mimic the most important antidepressant effects of glutamate, they could potentially produce an alternative that comes with far fewer side effects but still works just as rapidly and aggressively as ketamine itself

So far, scientists have only engineered two non-hallucinogenic drugs that show clinical benefits similar to ketamine, neither of which specifically targets glutamate production, and these drugs have only been tested on mice. That said, the drugs did appear to show rapid anti-depressant effects without any of the usual head twitches that ketamine can cause.

The research to date is still being conducted on animal models, but if the findings prove promising enough, clinical trials among humans could be just around the corner.

The study was published in Molecular Psychiatry. Ketamine Is Such a Powerful Antidepressant, Order at Here Securely and Discreetly

Tags: how long does ketamine stay in the system, ketamine 100 mg / 10 ml buying online, Ketamine Is Such a Powerful Antidepressant

Why ketamine could save your life