Ketamine (ketamine hydrochloride) is an anesthetic and analgesic (painkiller). Ketamine was developed in the 1960s for medical use and is now used widely throughout the world for anesthesia and pain relief in both humans and animals. It wasn’t long after its invention that it began to be used as a recreational drug with dissociative and psychedelic properties. More about Ketamine drug 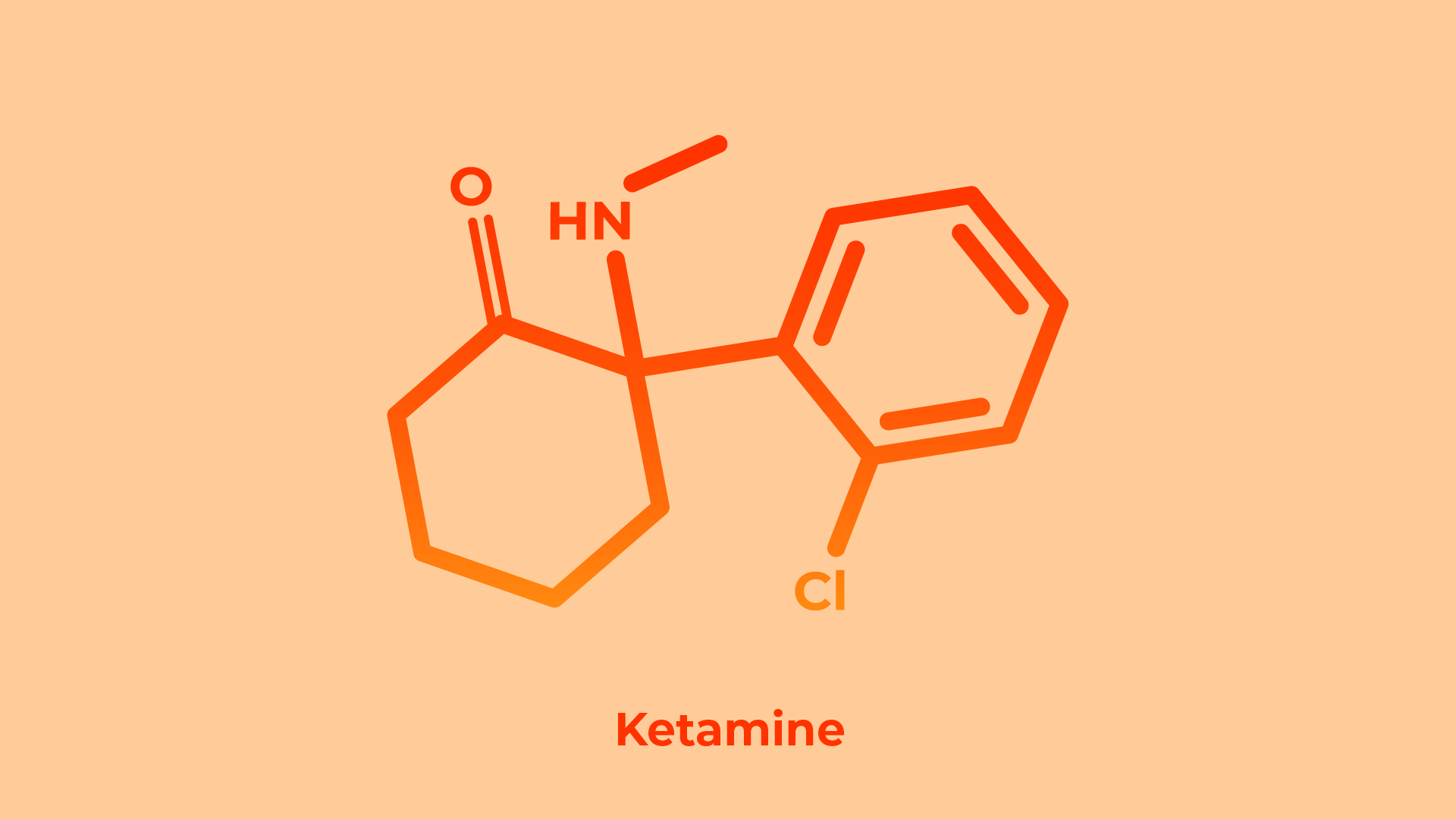 What does ketamine look like, and how is it used?

Ketamine is white/transparent when pure, and often sold as a powder of tiny crystals. It is often crushed into a fine powder so it can be snorted up the nose. Occasionally the powder can be other colors, such as off-white or brown.

Ketamine also sometimes comes in pills. These could contain other drugs, which increases the risk of a bad reaction. It has even been sold as or confused with ecstasy pills.

Some people get ketamine in liquid form (or dissolve it) and inject it for a faster, stronger effect. Injecting drugs is more dangerous for many reasons. For example, it is easier to take too much and can cause injuries and infections such as HIV (sharing needles).

How does ketamine work as a drug in the body and brain?

Ketamine is a dissociative anesthetic. When used medically, it is given in high doses that block pain signals and make people unconscious. The lower doses used recreationally produce very different effects, sometimes including hallucinations, which are not well understood. There are similarities between the strange states of mind caused temporarily by ketamine and the experiences of people suffering from schizophrenia. More about Ketamine drug

Does ketamine have any medical uses?

Ketamine is an essential medical and veterinary drug used for anesthesia and pain relief under a wide range of circumstances. Ketamine is much less likely than other anesthetics to depress the heart and respiration, so it is the anesthetic agent of choice in low-income countries and in environmental/conflict disasters where there are few trained medical personnel, anesthetic machines, or consistent sources of electricity. In the western world, ketamine is the most commonly used veterinary anesthetic, particularly in horses and the more unusual species. In developed countries, ketamine is less commonly used for routine anesthesia in people as it may cause hallucinations during recovery; more conventional anesthetics are preferred where trained anesthetists and appropriate equipment are readily available to monitor the patient and support respiration. More about Ketamine drug

Ketamine is a potent pain killer and is particularly useful for children undergoing agonizing procedures such as treatment of burns. It is now also an important treatment for chronic pain.

New therapeutic uses for ketamine have more recently been identified, including treatment of depression and refractory status epilepticus. A single low dose of ketamine can rapidly lift depression, although the effect does not last long-term. It is thought to work by causing new connections (synapses) to be made in the brain. This is a promising lead for the development of new treatments because conventional antidepressants take some time to work. Self-treating using ketamine puts the user at risk of the harmful effects of ketamine, and it has not yet been established through large-scale trials that the benefits outweigh the risks.

What are the effects of ketamine? More about Ketamine drug

Ketamine produces very different effects depending on whether someone takes a little or a lot. It is a strong drug, and it is easy to take more than intended. It is, therefore, better for inexperienced users to start with a small dose first before they consider trying to get the effects of a larger dose.

Ketamine can give sensations of lightness (like walking on the moon), dizziness, and euphoria. It makes people’s thoughts flow randomly; ideas can seem special and important, or pleasantly or unpleasantly muddled. Things may begin to look and sound different or somehow unreal. There is always a higher risk of accidents whilst using ketamine. Taking any depressant drug, such as alcohol, can very easily and quickly make the effects much stronger and riskier.

The more ketamine that is taken, the harder it is to stand up and move about. Quite large quantities lead to exceptionally odd feelings such as separation between the mind and the physical body, which some find pleasurable and others find distressing. Unpleasant side effects like nausea and vomiting can occur. Ketamine can produce delusional thoughts, much like those associated with schizophrenia. Very large quantities lead to users losing touch with their identity and surroundings altogether, which is called k-holing. People k-holing may be unresponsive, although inside their mind they may be experiencing vivid hallucinations. Users can have notions and hallucinations which can feel very real and can be anything from wonderful conversations with angels to being convinced they are dying.

The risks of accidents, overdoses, and anxiety described below are increasingly significant at higher doses. More about Ketamine drug

What are the risks of using ketamine? Can they be avoided or reduced?

People can die after taking ketamine. People who die or end up in hospital almost always have combined ketamine with other drugs, particularly alcohol. Taking ketamine with stimulants (such as cocaine and ecstasy) may overload your heart. Taking it with depressants (such as alcohol, GBL, or heroin) may make you become unconscious quickly and unexpectedly, and can stop your breathing or allow you to suffocate on your own vomit.

Ketamine works in several ways to make you particularly vulnerable to accidental injury and death; even smaller amounts will decrease your ability to make sensible decisions or recognize dangers (like roads). Larger amounts have anesthetic effects; people have died by lying outside on a cold night without awareness of the cold, and by falling unconscious in the bath and drowning.

Tripping on ketamine can be an utterly overwhelming experience, especially if the user does not expect its powerful effects. Users can freak out whilst taking it and sometimes end up being rushed to the hospital. Such anxiety attacks produce a dangerously racing heart and palpitations as well as extreme agitation. This can be a seriously traumatic experience, even if it doesn’t cause physical harm. More about Ketamine drug

Are there health conditions that make ketamine more dangerous?

People with schizophrenia, or who have ever suffered a psychotic episode, should avoid ketamine. The drug has been demonstrated to bring back symptoms of psychosis, and these could persist beyond the period when the drug is in the body.

Drugs which radically affect consciousness are more likely to cause panic and fear in people who suffer anxiety, whether this has been diagnosed as a disorder or not.

Ketamine increases heart rate and blood pressure. These effects are usually quite minor but could be dangerous for people with related health problems or who combine it with other drugs.

Can ketamine be used with other drugs?

When people die after taking ketamine, they have usually combined it with another substance.

Taking with depressants (such as alcohol, GBL, benzodiazepines such as valium, or opiates such as heroin) may make you become unconscious quickly and unexpectedly, and can stop your breathing or allow you to suffocate on your own vomit.

Taking ketamine with stimulants (such as cocaine and ecstasy) may overload your heart. The chance of agitation and anxiety is also increased. Stimulants may keep you moving when the effects of ketamine would otherwise have immobilized you, increasing the chance of accidental injury. More about Ketamine drug 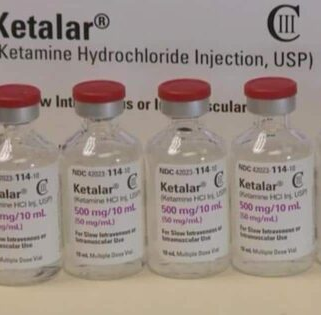 Whilst many people use ketamine on occasion without feeling cravings, some people get addicted to ketamine use and may use it daily. People can struggle and fail to be able to stop using ketamine. Tolerance builds up, so users need much more ketamine to get the effects they like. Signs of tolerance should be considered an early warning sign of addiction and harmful use.

What are the harms of ketamine addiction and withdrawal?

People addicted to ketamine can suffer strong cravings, anxiety, and misery, and even shaking and sweating when they try to go without it. Such withdrawal symptoms are not dangerous and eventually pass.

What are the long-term effects of ketamine on health and wellbeing?

Taking ketamine regularly seems to affect the mind, particularly memory. The effects are not serious enough to count as a mental disorder, but regular users may feel that they’re not nearly as sharp as they should be. This could be very bad for work, education, and relationships. These harmful effects seem to fade when people give up the drug.

People who use ketamine more than a couple of times a week are at high risk of damaging their kidneys and especially their bladder. Once the damage is done, the organs do not always recover. The bladder condition, called ketamine-induced ulcerative cystitis, starts with the need to urinate very often and leads to painful urination. Sufferers may be prone to wetting themselves and can have blood in their urine. A few young people have had to have their damaged bladder removed, which leaves men unable to get a natural erection and both genders unable to urinate naturally for life. This disease can even encourage more ketamine use, or prevent users from quitting, as ketamine temporarily eases the pain. More about Ketamine drug

Regular users get severe abdominal pain often called k-cramps. Their cause is unknown but they seem distinct from the bladder damage.

Addictive regular use of ketamine can cause serious mental and physical harm. More about Ketamine drug

Harm reduction advice when using ketamine
There are always risks to using ketamine. However, if you do take drugs, you can make simple choices to improve the chances of a good experience, rather than regret, harmful, or even fatal. Here are some things to consider. More about Ketamine drug

How much are you taking and how often?

First-time users should be especially cautious with dose. Some users plan and measure out how much they intend to take, and only have that amount accessible. Otherwise, it can be tempting to keep taking more whilst you are less capable of making sensible decisions. It’s important to keep track of whether you or your friends are taking increasingly large amounts, or using ketamine increasingly often, as this can be a sign of an addiction developing. More about Ketamine drug . Buy ketamine online

Are you taking anything else? Mixing drugs is much riskier.

Drug effects are unpredictable, but mixing drugs makes the effects on your body and mind even harder to control. Deaths after ketamine use usually involve mixing it with other drugs. Ketamine plus a sedating drug like alcohol can stop your breathing.

How appropriate is your setting and state of mind?

If you are anxious or feeling down, the drug may exaggerate these feelings and give you a terrible experience. Additionally, if you are in a stressful, unfamiliar environment with strangers, the risk of having a bad time, or experiencing physical harm, is increased. More about Ketamine drug

Could ketamine be the answer to depression?